Gallipoli is a peninsula situated by Dardanelles strait which host many ANZAC soldiers who fought with Turkish forces friendly during First World War. After this battle Ataturk would like them to sleep in peace in our country by reserving memorials on their honor. 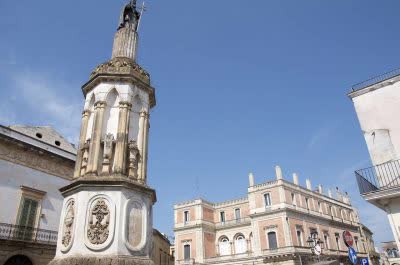 Most of the men recruited into the Australian Imperial Force at the outbreak of the First World War in August 1914 were sent to Egypt to meet the threat which the Ottoman Empire (Turkey) posed to British interests in the Middle East and to the Suez Canal. After four and a half months of training near Cairo, the Australians departed by ship for the Gallipoli peninsula, together with troops from New Zealand, Britain, and France. The aim of this deployment was to assist a British naval operation which aimed to force the Dardanelles Strait and capture the Turkish capital, Constantinople.

The Australians landed at what became known as Anzac Cove on 25 April 1915, and they established a tenuous foothold on the steep slopes above the beach. During the early days of the campaign, the allies tried to break through the Turkish lines and the Turks tried to drive the allied troops off the peninsula. Concerted but unsuccessful allied attempts to break through in August included the Australian attacks at Lone Pine and the Nek. All attempts ended in failure for both sides, and the ensuing stalemate continued for the remainder of 1915.

The most successful operation of the campaign was the evacuation of the troops on 19–20 December under cover of a comprehensive deception operation. As a result, the Turks were unable to inflict more than a very few casualties on the retreating forces. The whole Gallipoli operation, however, cost 26,111 Australian casualties, including 8,141 deaths. Despite this, it has been said that Gallipoli had no influence on the course of the war.